Skip to content
Home » Publication » The pillars of Israeli education 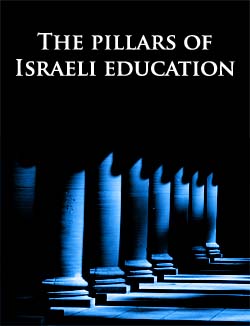 The pillars of Israeli education

There has been much talk over the past ten years about the “new Middle East” which America has called for. This US project is based around four main areas:

The reformation of the political structure and governance in Arab countries.Making fundamental economic changes.Changing cultural values through the influence of the media.Changing the educational curriculum.

The latter is the most serious of the four and the US administration has prepared a special report in this respect: “Washington’s plan to change the curricula in Egypt and the Arab world”. This is at the core of the Greater Middle East Project. While America focuses on the curricula in use in Arab states, which are generally designed according to US-Israeli interests, Washington turns a blind eye to the racism endemic in Israel’s state curricula.