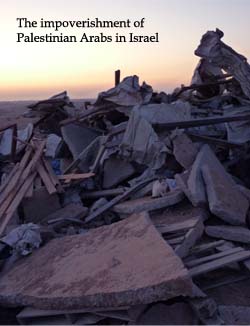 The impoverishment of Palestinian Arabs in Israel

The Palestinian population living within Israel is estimated to be 1.5 million citizens, approximately 20 per cent of the Israeli population. Of this number, about 370,000 are ‘internally displaced’; they live in Israel but are not allowed to return to their homes or villages from which they were displaced during the 1948 Nakba (Catastrophe). Often regarded as the ‘forgotten Palestinians’ of the region, the Palestinians who reside in Israel find themselves in a unique situation compared to their compatriots in Israel and their neighbours in the West Bank and Gaza Strip -they are not entitled to the same rights as Jewish Israeli citizens and are not included or represented in the political negotiations.

In recent years, Palestinians in Israel have become more assertive and organized in their attempts to reverse the growing trend toward far right policies of racial discrimination. Since this trend has entered the official political discourse, the Palestinian community in Israel have campaigned to highlight the disadvantages they face. Israel’s incumbent government have, since 2009, passed several bills to force non-Jewish citizens to declare loyalty to a ‘Jewish state’, as well as limit their ability to own or purchase property and land. 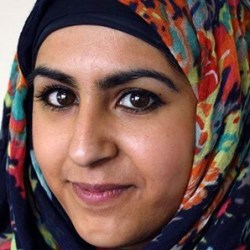