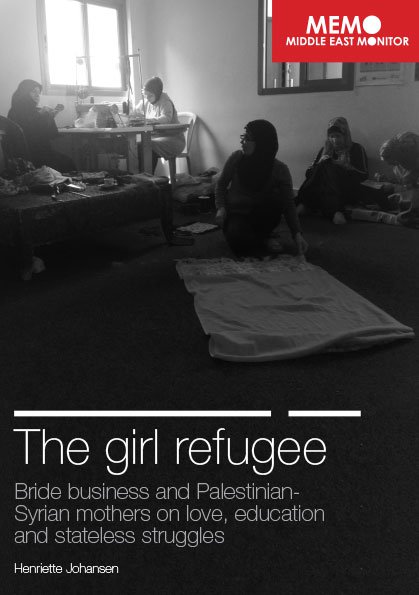 Last week, Facebook banned “Syrian refugees for marriage”, a page that had had numerous complaints about its abusive message. Promoting the capitalisation of vulnerable Syrian refugee girls and their desperate families, such online gateways for contracted, candid sexual exploitation and trafficking of very young girls have led to tragic consequences. As the situation of Syrian refugees worsens, and with little optimism for the future, families are in some cases forced to accept “offers” in the hope that they will secure futures for their daughters. “She agreed to it so she could help her family,” said one mother in Beirut’s Shatila refugee camp, “but ever since she went to Jordan, she calls her mother every day, crying, that she hates it there.”

One story of many, the prospect of these liaisons prompts many discussions amongst the mothers in the camp. “The girls are not respected as ‘wives’,” they say. Instead numerous reports and interviews have detailed their new lives as servants and, in most cases, sex slaves. The corrupt deal is kicked off through a Facebook page providing photos of young Syrian women under the pretext of “helping” those who are described as “financially well-off Arab men” to marry Syrian refugee women. Drastically volatile, managed by anonymous administrators, this page offers different kinds of legal and secret marriages, and then publish lists of the names of the refugees and their places of residence.