Skip to content
Home » Publication » The forced expulsion of Palestinians 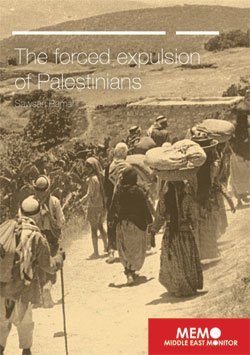 The forced expulsion of Palestinians

“A land without a people for a people without a land” is a Zionist myth upon which Jewish settlers have occupied Palestine. The same concept has been behind the ethnic cleansing of the land who were indeed living therein, through murder, threats and forced expulsion.

The policy of collective and individual expulsion and displacementhas been exercised by the Zionists against Palestinians since 1948. Zionist terror groups such as the Haganah, Irgun, Stern Gang and Palmach expelled and displaced Palestinians by committing a series of massacres, as well as destroying Palestinians villages; in 1948, around 750,000 Palestinians were driven from their cities, towns and villages into refugee camps. By doing so, the nascent Israeli state violated all international norms and conventions, as well as human rights laws, and it has continued to expel and displace Palestinians from their land ever since.