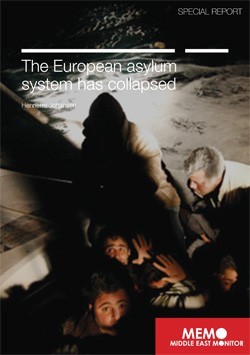 The European asylum system has collapsed

Thousands of Syrian refugees are risking their lives to enter Europe as asylum seekers, but what awaits them are a range of informal and inadequate procedures, some of which only have a veneer of humanitarianism. In some cases, refugees are literally”pushed back” over international borders and territorial waters,before the European countries concerned fluff their pillows, rollover and close their eyes to their humanitarian responsibilities. This is especially so with regards to the now three million displaced Syrians still awaiting registration.

Amnesty and several European human rights organisations flagged this issue months ago, but policies remain unchanged, despite increasing regional unrest and the recent closing of borders in the region, for Palestinians, the so-called “double refugees”, in particular.