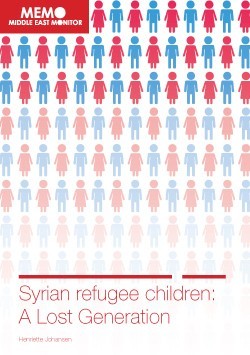 As the Syrian crisis now approaches its fourth year, there is an entire generation of children being shaped by violence, displacement and a constant absence of prospects for their future. Five million children are already affected by the war; school systems in refugee-host countries like Lebanon and Jordan report extreme overcrowding.

This week UNHCR, UNICEF and other partners launch a new campaign called “No Lost Generation” to address the issue of education and childhood in war-torn and war affected areas in the Levant region. Anthony Lake, UNICEF Executive Director, said that these children are the next generation of leaders in Syria and that education and reconciliation will bring much-needed hope for the future. The “No Lost Generation” umbrella is, with its $1 billion strategy, designed to protect the wealth of future Syria through practical ways of forming the next generation of leaders, teachers, engineers, doctors and peacemakers. The campaign is focused on expanding access to learning and psychosocial support, strengthening social cohesion and peace-building efforts, and restoring hope for the future to millions of children.