Skip to content
Home » Publication » Reconsidering Terror and Terrorism: The Case for Hamas

Reconsidering Terror and Terrorism: The Case for Hamas

Hamas can no longer be regarded by the United States simply as a terrorist organisation. Any attempts at solving the Arab-Israeli conflict, or broader conflicts in the region, will continue to fail as long as Hamas is excluded from peace-making processes. The following analyses should not be taken as deriving from sympathy for the Gazan people. Rather, these analyses demonstrate that the United States has directly contributed to an environment in Palestine and perceptions in the Middle East that will continue to plague its interests there for generations. The general framework of the argument in this work intersects directly with US interests in the Middle East as a democratic and stable region. Achieving these interests will continue to falter so long as the United States is hypocritical regarding its own stated principles; the United States must accept democratically elected governments as legitimate representatives of the people who choose them, regardless of whether the elected government is not whom the US wished for. 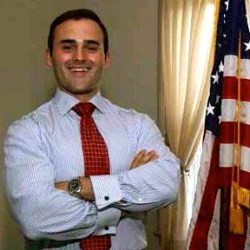 Mr. Roberts studies Islamic intellectual history and Islamic movements with Dr. John Voll at Georgetown University in the Prince Alwaleed Bin Talal Center for Muslim-Christian Understanding. He recently completed writing Political Islam and the Invention of Tradition, soon to be published, which explores the emergence of Political Islam and the concept of an Islamic state...