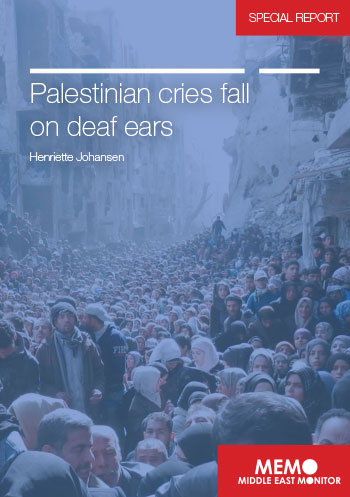 Thousands of people are besieged in the two square kilometre Yarmouk camp. Filippo Grandi, the Commissioner-General of the UN Relief and Works Agency for Palestine Refugees in the Near East (UNRWA), visited the war-torn district this week. He reported a lack of aid, access and most of all international leadership to achieve a political solution specifically in relation to the Palestinian community.

With a strategic location, and therefore devastatingly vulnerable to armed groups in their endeavour to gain leverage in Damascus, this triangular district pointing towards the heart of Syria’s capital city is the only witness to the empty, hopeless gazes of people who have been exhausted to the point of submission. Their questions and cries for help have fallen on deaf ears internationally; they have nobody and nowhere to turn to. Hope has disappeared, as international lethargy and lack of leadership on the breaking the siege on Yarmouk has resulted in a deadlock in negotiations over access for humanitarian assistance. An already vulnerable community has been marginalised further.