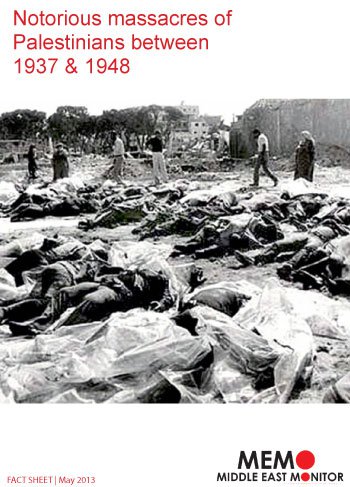 Notorious massacres of Palestinians between 1937 & 1948

According to hundreds of Palestinian, Arab, Israeli, and Western sources, both written and oral, Zionist forces committed dozens of massacres against Palestinians during what was called the 1948 “war”. Some of these are well-known and have been published while others are not. Below are some of the details of the most notorious massacres committed at the hands of Haganah and its armed wing, the Palmach, as well as the Stern Gang, the Irgun and other Zionist mobs.