Skip to content
Home » Publication » Lecture: The New Despotisms of the 21st Century 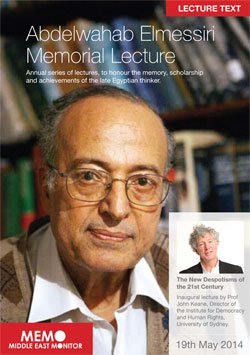 Lecture: The New Despotisms of the 21st Century

Delivered in May 2014 in London, this was the inaugural lecture of our Abdelwahab Elmessiri Memorial Lecture series.

We are living in times marked by a quantum jump in anti-democratic ways of exercising power. In the first Abdelwahab Elmessiri Memorial Lecture, Prof John Keane will examine the growth of a new 21st-century type politics he calls the new despotism. He sketches a future world in which governments, backed by democratic rhetoric and election victories, massively expand their executive powers by means of economic nepotism, media controls, strangled judiciaries, dragnet surveillance and armed crackdowns on their opponents. Best developed in China but found in contexts otherwise as different as Egypt, Vietnam and Russia, the trend is having global effects and represents a serious long-term alternative to power-sharing democracy as we have known it in recent decades. 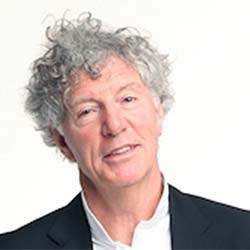 Born in southern Australia, John Keane is Professor of Politics at the University of Sydney and at the Wissenschaftszentrum Berlin (WZB). He is the co-founder and director of the Sydney Democracy Network (SDN). Renowned globally for his creative thinking about democracy, John Keane was educated at the Universities of Adelaide and Toronto (where he was...