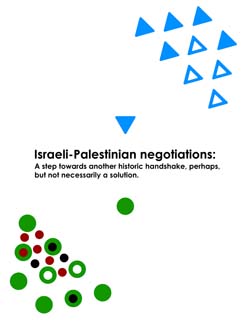 The latest round of Middle East “peace talks” is under way. The resumption of direct talks has had a mixed reception. Some commentators have dismissed them out of hand as nothing more than a PR stunt doomed to failure, while others, such as British Foreign Secretary William Hague, have hailed them as being of “historic importance”. But how realistic is it to expect them to yield any tangible progress towards peace? The negotiations may very well result in pen being put to paper and some sort of agreement being signed (if only to save face for its American co-ordinators) but signing an agreement does not equate to resolving the Middle East crisis. Agreements have been signed before, hands have been shaken and photos have been posed for, and yet the situation in the Middle East is as bad now, if not worse, than ever before.

Overall, the outlook for the talks does not look promising. On Israel’s side, Prime Minister Benjamin Netanyahu has come to the negotiating table having made it abundantly clear that his country is not willing to shift on many of the more contentious key issues at the core of the conflict. The settlement freeze for instance, which comes to an end in a matter of weeks, is not set to be renewed; this is a major stumbling block that Netanyahu is unwilling to discuss from the outset. On the Palestinian side, President Mahmoud Abbas lacks a mandate as well as the support of his own people, and so any agreement signed is unlikely to be worth the paper it is written on. 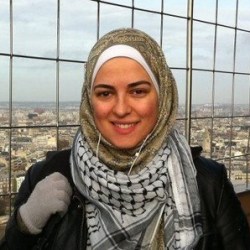