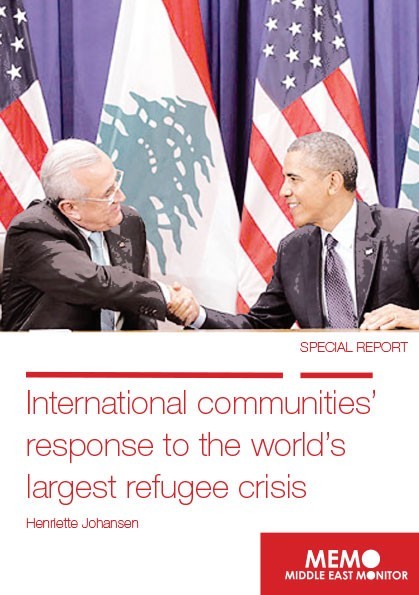 Last month top UN officials warned that Syrians are expected to surpass Afghans as the world’s largest refugee population. Going into the fourth year of the bloody revolution-turned-war, an influx of almost one million Syrians have sought refuge in neighbouring Lebanon. The situation was recently deemed a “serious threat” by both Lebanon’s Foreign Minister Gebran Bassil and Ninette Kelly, UNHCR’s regional representative for Lebanon, who also described the country’s precarious circumstances in a piece he wrote for MEMO earlier this year.

Last Thursday, a UN official expressed concerns that donor nations may not grasp the potential impact of this further destabilisation in Lebanon and called for an international “shouldering” of the situation.