On 17 February, 2017, the then-US chargé d’affaires in Havana sent a complaint to the Ministry of Foreign Affairs (MINREX) about alleged “attacks” against his staff, which had theoretically occurred since November of the previous year. There was no talk at that time of diseases or symptoms. Immediately, Cuban experts began to investigate, without ever questioning why the information was not shared with them from day one.

When the press reports of that time are reviewed, it can be seen that the information about the alleged attacks was disseminated to the American public through specific journalists and media outlets; the rest only echoed without asking uncomfortable questions or questioning the official story. Cuban officials located and spoke with the directors of these media outlets, who could never deny that their journalists were being used by unidentified sources from the US Government, who created more confusion without seeking an explanation. Nor could they justify the periodic reiteration of the issue, despite there being nothing new to report.

In this report, Dr José Rodríguez takes a look at the controversial phenomenon dubbed the “Havana Syndrome”. 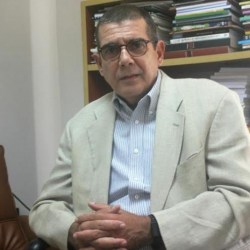