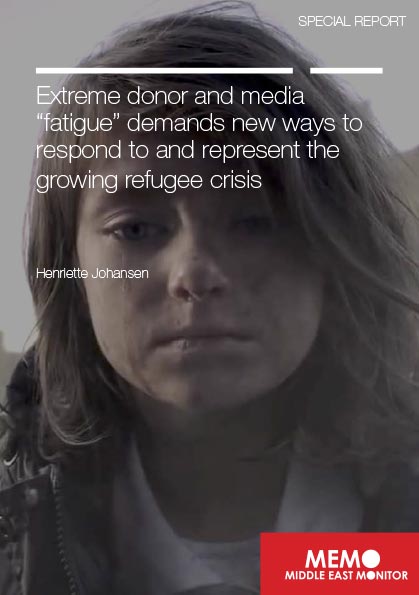 As media institutions and NGOs are faced with a growing de-sensitisation regarding the Syrian revolution, which has turned into a vicious war, new methods are put into practice. Do they reveal some underlying imperialist paradigm of racism and irresponsibility which is saying, “Just because it is not happening here doesn’t mean it isn’t happening”? This approach assumes that viewers’ only comprehension of the atrocities is if refugees both look like “us” and have surroundings similar to “ours”. Does this make us face up to the hypocrisy of our anti-discrimination? Is it a case of desperate means to an end in order to save lives?

Over the past year, the widespread desensitisation of Europeans and Americans has been detected in attitudes towards the Syrian uprising. In 2013 the main coordinator of over 100 NGOs working in Syria, the UNHCR, received just 68 per cent of the $1.5 billion pledged by donor countries to meet the needs of the growing number of those displaced. Tragically, this year, only 14 per cent of the current UNHCR appeal has been raised. News of the shelling, bombings and rising death toll has led to “donor fatigue” making life very difficult for the UN body, which is trying to bridge a funding gap of 86 per cent.