Skip to content
Home » Publication » Civil Society in the West Bank: between the rock of occupation and the stone of the Palestinian Authority 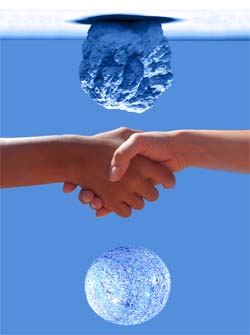 Civil Society in the West Bank: between the rock of occupation and the stone of the Palestinian Authority

Palestinian civil society in the Occupied West Bank today faces one of its most daunting challenges in decades. Saddled with a military occupation Palestinians must also contend with an authority that impoverishes them while enriching itself. Media reports abound of widespread financial corruption at the heart of the Ramallah-based Palestinian Authority (PA) while ordinary Palestinians are routinely denied of basic services and rights. Acting in the name of bringing order and security to the territory, the PA has closed scores of charities and dismissed thousands of public servants because of their real or perceived political affiliations. Although the unfortunate ordinary Palestinian people are the immediate victims, according to Professor Norman Finkelstein there is a much broader Western message behind these acts, which is to “teach Third World people what democracy means, and that means you elect people who we like, or you pay a price. And so the Gazans have to pay the price of electing the ‘wrong’ people into power”. That price is also being paid by the people of the West Bank deemed to belong to the “wrong” party.