Latin America is one of the most supportive regions of the Palestinian cause. This was evident with the official recognition of the State of Palestine by most countries in the region, except for Mexico and Panama. Latin American governments proved their positions over the years by supporting United Nations (UN) resolutions favouring the Palestinian people and their legitimate rights.

The rise to power of popular-democratic coalitions contributed to such a degree of international solidarity. These alliances made efforts to reach some independence in terms of foreign policy beyond the US diktats, including the approach to their major Middle Eastern ally, the Zionist State of Israel.

According to Bruno Beaklini, MEMO researcher and columnist, there was a time when there was a significant propensity by some Global South countries to improve ties with the Arab World, including Brazil, in particular, and Latin America in general. Such South-South relationship efforts did not represent a complete breakdown with US-aligned policies, predominant since the creation of Israel. 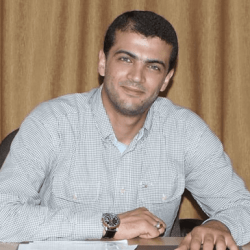 Journalist, living in São Paulo, Alzoubi is a doctoral candidate in the Program Communication at the Methodist University of São Paulo, studying the relationship between Palestinians in Latin America and the role of the media in preserving their culture and identity. He publishes articles on relations between Latin American countries and the Palestinian cause, with...