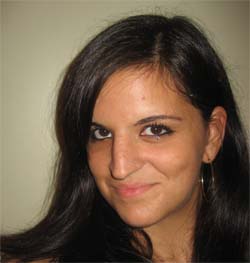 Book Review of The Battle for Public Opinion by Samira Shackle

Few issues on the world stage are more divisive than the Israel-Palestine conflict, which triggers a powerful emotional response even among people with little direct stake in it. But how exactly are those opinions formed, and what is the majority-held view?

Taking as its starting point a Europe-wide survey of public opinion, this collection of essays examines the forces competing to influence people’s views and the reasons certain opinions are held or have changed. The central argument running through the essays is that the officially held positions of European governments and media are at odds with the views of the people living in these countries. The poll, carried out in January 2011 by ICM (in conjunction with MEMO, the Al-Jazeera Centre for Studies and the European Muslim Research Centre), found that just 10 per cent of respondents agreed that their countries should support Israel rather than the Palestinians, while 39 per cent disagreed.

The first essay in the book, by veteran journalist and former BBC Middle East correspondent Tim Llewellyn, looks at how public opinion has changed over the decades, from viewing Israel as an embattled underdog in a hostile area to seeing it as responsible for multiple and continued violations of Arab human rights. However, this shift has not been reflected by policy makers or the media. In a detailed account, he argues that this in part originates from a perception of Israel as a familiar, white, western oasis in a sea of Arab barbarism. This is a thread picked up in numerous other essays later in the book. Corinna Mullin cites Edward Said’s Orientalism to demonstrate the dehumanisation of the Arab/Muslim “other” in both Palestine and the war on terror.

Llewellyn’s primary focus is on the BBC, where he worked for many years. Perhaps one of the most interesting points is how the notion of “balance” and “fairness”, in theory a laudable aim, has become distorted. In effect, it now means that oppressor and oppressed are equated, and that Israeli violence cannot be reported without being depicted as a response to Palestinian actions. On the flipside, little attention is given to explaining the background of the conflict or the fact that Palestine is under a sustained military occupation. Citing various research projects and numerous examples, this essay shows how shockingly inadequate the BBC’s reporting of the issue has become. The idea of “balance” in reporting a conflict where no balance exists is necessarily a complex one, yet it seems that it is being treated crudely.

Indeed, the very classification of people as “pro-Palestinian” or “pro-Israeli” which underpins much of this debate is a strange one, and an over-simplification. Llewellyn points out that in reporting of the South Africa conflict, journalists were not classified as “pro-white” or “pro-black”. The South African comparison is another issue that comes up several times during the book. Hanan Chehata’s essay, which examines the factors that survey respondents viewed as the biggest obstacles to peace in the Middle East, spends a substantial amount of time on settlements. This programme of land acquisition is one of the few areas where governments worldwide condemn Israel’s actions routinely. Illegal under international law, the building of settlements in occupied land has given rise to a separation wall, settler-only areas which Palestinians cannot enter and settler-only roads. As Chehata points out, “even the worst days of South African apartheid did not witness separate roads for whites and non-whites”. While it may be excessive to argue that Israel is a fully fledged apartheid state – there is certainly debate over the label – it is indisputable that there are elements of apartheid there. As the Israeli historian Ilan Pappe puts it in his contribution to the book, “Israel may be as yet only a semi-apartheid state or a de-facto one, but it is undoubtedly a state which has institutionalised segregation on the basis of ethnicity.”

In his chapter, Pappe goes on to argue that the distinction often made between Israel proper, within the 1967 borders, and the Occupied Territories, is a false one. Highlighting the oppression of Palestinians in both areas, he points out that “the same means of controlling one Palestinian community was imposed on another”. Ultimately, he questions whether the country deserves to be labelled “the only democracy in the Middle East”.

Another issue underpinning the book is the rise of the Israel lobby in Europe. Llewellyn outlines how this lobbying began in the early 1990s, as a response to the negative coverage Israel was receiving during the first Palestinian uprising (1987-93), and in the aftermath of the 1982 Sabra-Shatila massacre. A well-financed and well-organised operation, it was (and still is) manned by people with a deep understanding of the modern media, adept at pressurising and influencing senior individual journalists. A key weapon, he notes, is accusing non-sympathetic people of anti-Semitism. In his chapter, David Cronin looks in more detail at the rise of the Israel lobby in Europe, outlining the formation of the European Friends of Israel and of the Britain Israel Communications and Research Centre, as well as other key organisations. While the proliferation of names in his detailed account of these groups and the people involved can be a little hard to follow for someone not directly involved in this world, the picture he paints is worrying. In particular, the cross-referencing of statements by European leaders with those by the Israeli embassy or politicians gives a cause for concern.

In the face of this sustained public relations operation – which is not matched by an equally influential Palestinian lobby – why has public opinion begun to shift in the way that the poll suggests? Several essays here highlight three key turning points: Israel’s 2006 invasion of Lebanon, the 2008 raid on Gaza, and the 2010 attack on the Gaza flotilla which left nine Turkish activists dead. As Daud Abdullah argues in the conclusion to the book, “with such a track record, it was inevitable that Israel would eventually squander the goodwill of its European supporters”.

Yet in arguing so consistently that the actions of governments and media organisations is at odds with the public in Europe, there is a risk of overlooking the substantial proportion of that public who do support Israel and oppose the Palestinian cause. It is certainly encouraging that despite inadequate reporting, people are still aware of the incredibly damaging nature of settlement activity, and of Israeli oppression of Palestinians and intransigence in allowing the formation of a Palestinian state. Yet the main obstacle to peace cited by respondents was “the unwillingness of Israelis/Palestinians to compromise”. This shows that despite growing awareness, people still see culpability on both sides. While the aim of this book is to demonstrate that there has been a substantial shift in public opinion which should trigger a change in the official line, it is important not to overlook the fact that the other perspective still exists, among the populace as well as in official quarters.

However, this is a small criticism of a collection of informative, well-researched, and effectively argued essays. Perhaps the most important element is the rare note of optimism. In his conclusion, Abdullah argues that as public opinion shifts, Europe can “wipe the slate clean and usher in a new era of co-operation based on mutual respect”. Let’s hope that this is indeed what we see.